How To Find a Baboon Spider

Many species of baboon spiders live in burrows in open ground. The burrows can be easily recognised by their round entrance and silk lining. Some other spiders, like wolf spiders of the family Lycosidae, also make silk-lined burrows in the open, but these are usually not very deep and if you shine a torch down the hole you will see the spider looking back at you. Baboon spider burrows can be between 20 and 30 cm deep. The bottom part of the burrow levels out for about 10cm, giving the burrow a sock shaped profile, so seeing a spider in its burrow is more difficult, but you will often see the tips of the legs at the bottom of the burrow.

Baboon spiders live in a range of different habitats. To find the burrows you must walk through the veld looking carefully at the ground as you go. It may take half an hour or more of walking before you find the first burrow - baboon spiders are often quite rare with only a few individuals per hectare. There are cases where they can be very abundant though, if you can find the right place. Roadsides are often a good place to look (click to see video). Finding spiders after a long search is very rewarding, and you will get better at it with experience.

Some typical baboon spider burrows found in the wild. Some are easy to find, others are very well hidden. 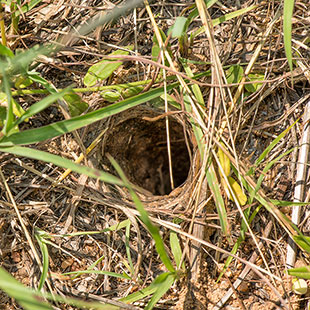 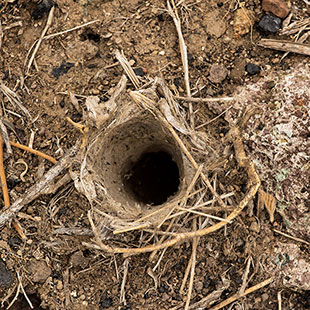 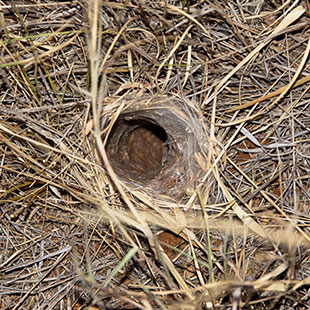 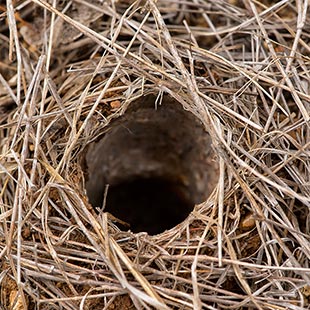 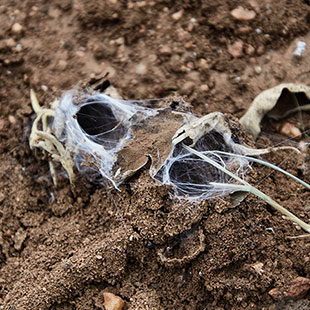 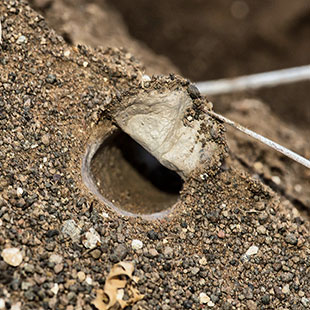 Another way of finding baboon spiders is to turn rocks (click to see video). Some species will construct their silk-lined retreats under rocks and other surface debris such as building rubble or rotting logs. Roll rocks and other objects towards you - many other creatures, such as rodents, scorpions, and snakes, make use of the same cover and you want these to move away from you when you roll the rock, not towards you. 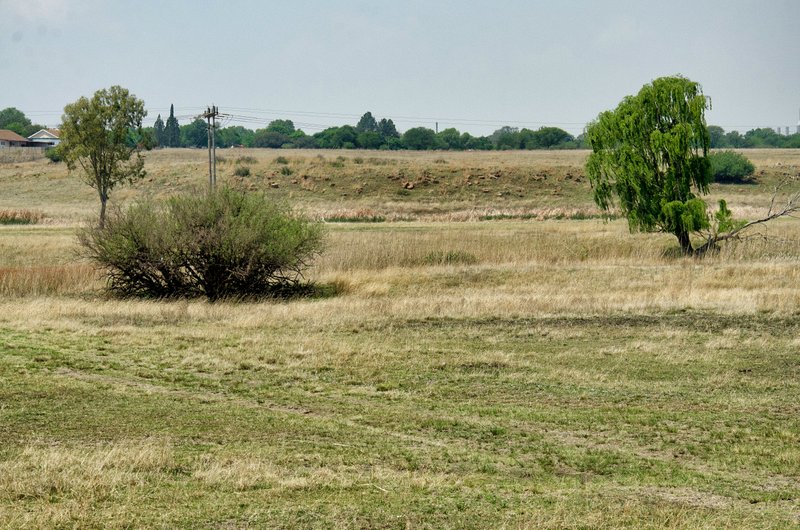 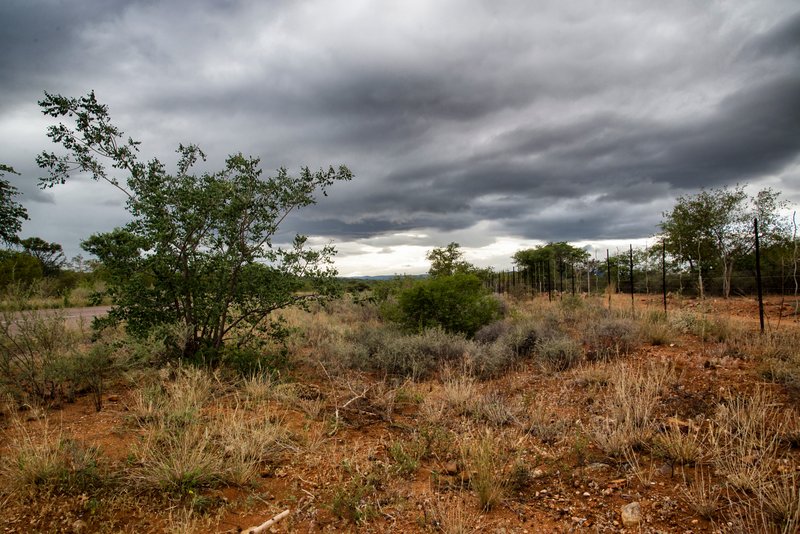 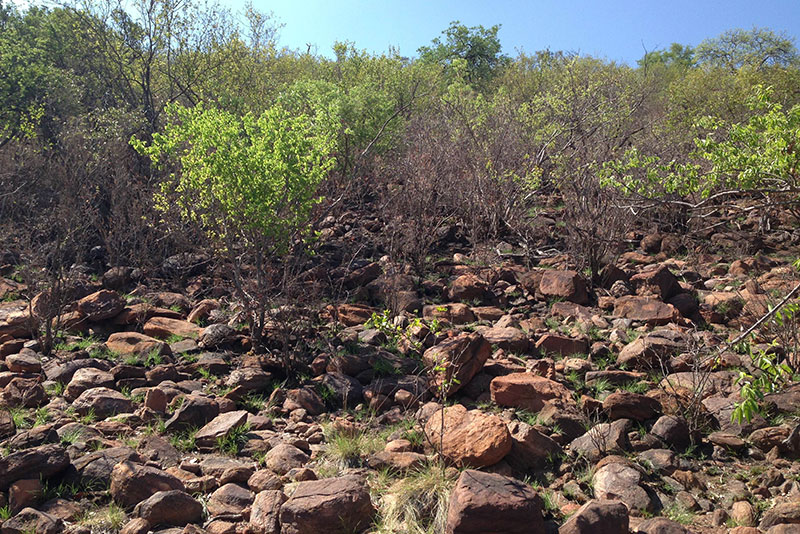 You can also go road cruising for baboon spiders. Road cruising involves driving relatively slowly (40-60km/h) along a relatively quiet tar road, keeping your eyes peeled. On a good night you'll see a wide range of reptiles, amphibians, small mammals and invertebrates crossing the road. Particularly good times are during the summer months, during nightime rain, and on nights following hot sunny days after rainfall. Male baboon spiders wander from their burrows at night in search of females, and you can easily spot the larger species on a tar road.

Lastly, baboon spiders may cross your path by coincidence in a number of settings. The males sometimes come into peoples houses when wandering in search of females. Be careful not to confuse other more common types of spiders for baboon spiders. Rain spiders are most often confused for baboon spiders (or tarantulas), but they usually sit high up on a ceiling, wall or curtains, and characteristically face down when at rest. Baboon spiders are almost always on the ground, and if they do climb a wall they usually get about a foot or two off the ground, and face upwards. You might also see baboon spider males around lights at night in a nature reserve or national park, or be lucky enough to see a spider wasp dragging a paralysed baboon spider off to feed its offspring. These are just some examples of chance encounters you could have with baboon spiders. To increase your chances always stay vigilant when out in the bush.